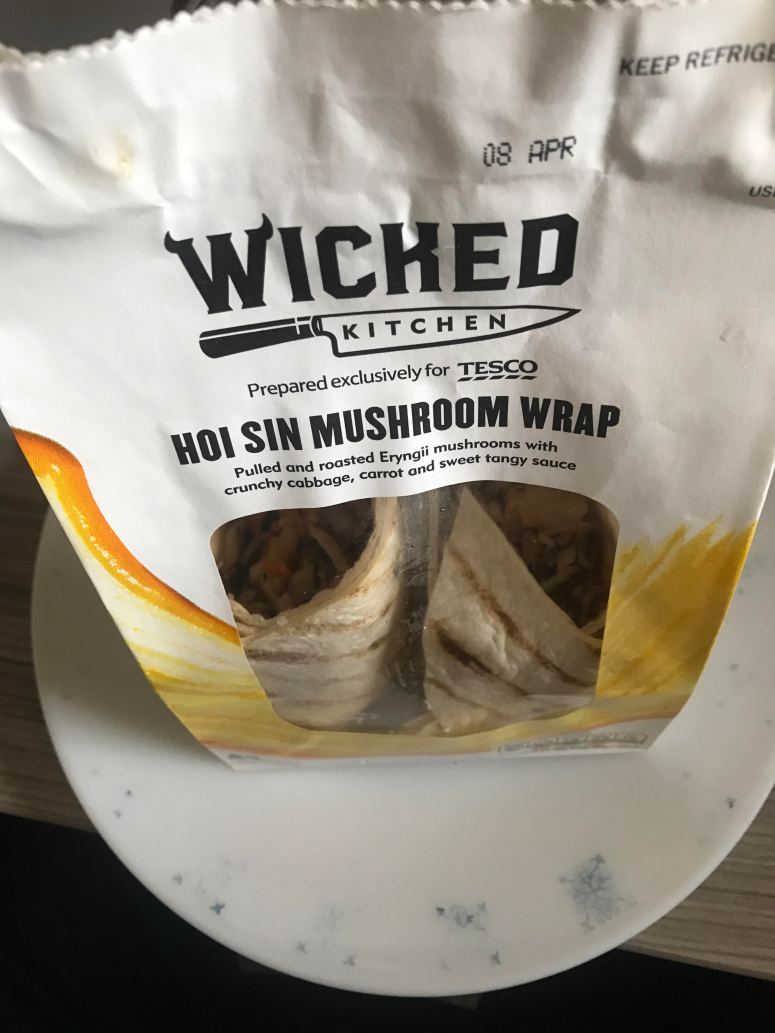 Every single vegan has been here and don’t tell me you haven’t but first, let me set the scene. You’re out and about, maybe headed to somewhere special, maybe not, I dunno it doesn’t matter. You’re kinda hungry and you’re looking for a bite to eat but you’ll be damned if you stop off in some snobby art café that’s gonna charge you £73,000 for bio-organic, locally sourced, reinforced smart water before you’ve even had a look at the food; all you want is a something cheap, quick and easy (don’t we all). All you have to choose from at the Tesco’s aisle is ‘Falafel and Coriander’ or ‘Carrot and Hummus’… WELL HOLD ON because their Wicked selection is stocked! The only problem is it costs 3 .fucking. pounds. when all other sandwiches cost half that. My socialist bones scream (EQUALITY FOR ALL FOODS). [Pro-Tip, going in at like 7pm means they’ll usually still be mostly in stock and reduced to 1.75.]

Finally a sandwich that won’t taste of dirt, right? Well… almost. Despite the fact I got SHAFTED on the filling (see the bottom wrap), I was so excited to finally try something a little different in the grab&go department. I’m not entirely sure what I expected, maybe something akin to a fucking hoi sin duck wrap but no. It’s that familiar crunch and of someone who’s pushed a carrot through a grater and not bothered to do anything with it. Unseasoned veggies, unappreciated leafy greens and all sorts of crimes against veganity were committed in this wrap. The mushroom taste was only sometimes there (which to all you shroom haters out there is probably a damn blessing) but all I can really taste is dry carrot which also takes over the entire texture of the thing. Crunch Crunch Crunch. Where is the richness, WHERE IS THE FUCKING HOI SIN?! 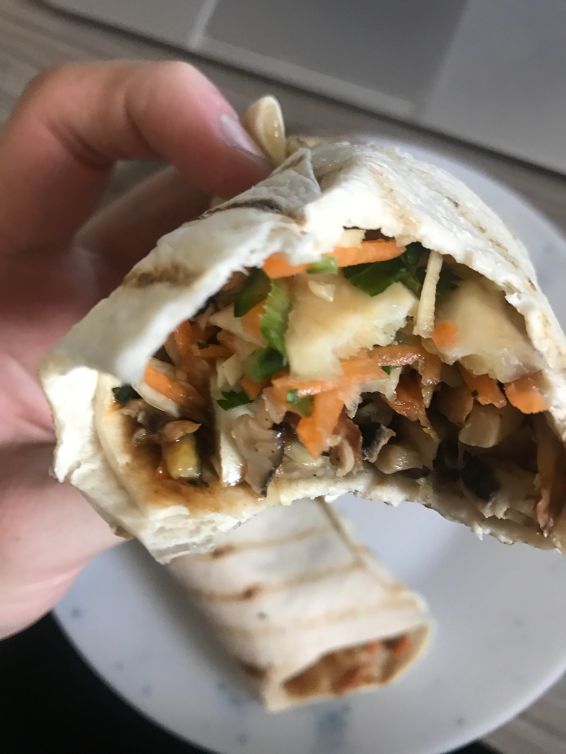 Answer? Well… The first wrap I ate was almost bone dry and not a single hint of sauce. I actually nearly stopped halfway because I was already pretty mad. FUCK Wicked for robbing me of this goodness. However in true JFP fashion, I reckoned I had to give the other side an equal shot and guess what? Found the Hoi Sin… I found all of it. Literally smothered in it and if you’ve ever tried this sauce before, you’ll know that too much of it renders something inedible… AGH I had such high hopes for this and I couldn’t even finish it. Not to say that the taste is necessarily bad or offensive, it just doesn’t do what it says on the tin. No smoothness, no richness in taste. Just mushrooms and carrots in one end and a plum mudslide in the other.

Scoring time. As you can probably tell, I’m vexed. Price? If I were King of Bhutan, I still wouldn’t want to waste my money on this. The texture in all fairness wasn’t awful but it wasn’t appealing. I wouldn’t want to make a meal like that for myself. The omnivore score, if I’m to compare this to an actual peking duck wrap is a straight 0.

Find this product at: Tescos