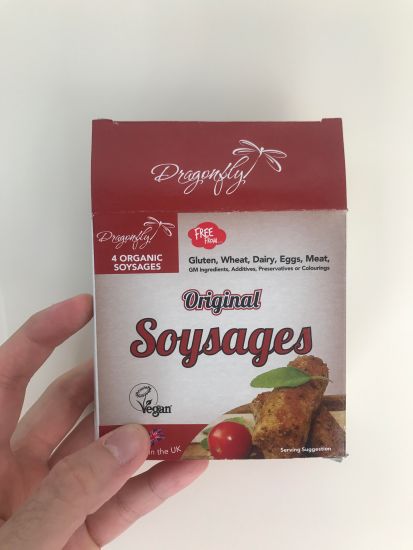 As you all know, I have a special place in my heart for Linda McCartney but to push the sausage boat out, I went for something new. We do this so you don’t have to (and please for the love of Krishna do not, but more on that later) and at around £2.50 for a 4 pack, I’m already a little put off. 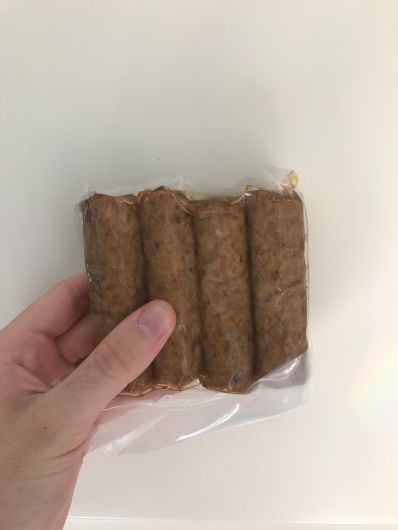 First off: appearance. It looks a little bit like compacted kibble or not unlike the turd of someone with a low-fibre diet. It just looks reconstituted and like a sausage’s super dehydrated cousin. What’s interesting with this is that it tastes exactly how it looks. Dry. Lack of moisture or juiciness isn’t even its biggest problem – it’s almost like fighting through a mouthful of dustbunnies or unruly pubic hair; the texture is just fibrous in all the wrong ways (is there ever a good way?). It just sucks all the moisture out of your mouth. If I was really searching for something positive to say about it… maaaybe the skin adds a little crunch but to be deadly honest, it’s like biting into a cold, congealed and depressing fish finger. 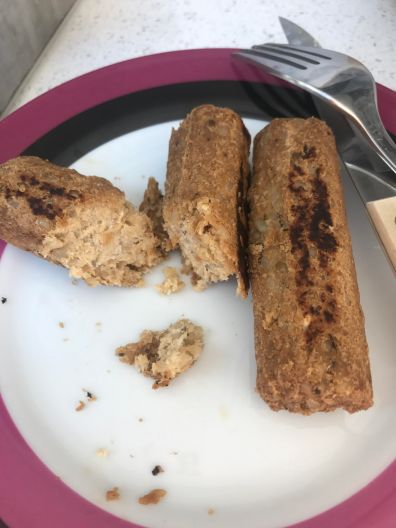 Does this brown faeces-esque kibble log has something super redeeming about its flavour? Does it make my mouth water? Does it fuck. It stays true to itself (points for consistency Dragonfly, if you’re gonna be shit at least you’re consistently shit) as it has literally no taste. I’m not entirely sure if the idea of taste was overpowered by the weird texture and my concern I’d need an IV drip to keep myself hydrated but there just didn’t seem to be any.

Could you feed this to an omnivo- NO. I’d expand on the answer but these “soysages” have offended me in ways I’d never imagined. You couldn’t feed it to a vegan as a suitable sausage replacement, don’t even try going anywhere else with it. Dragonfly, step your game up.

One thought on “Dragonfly Organic Soysages” 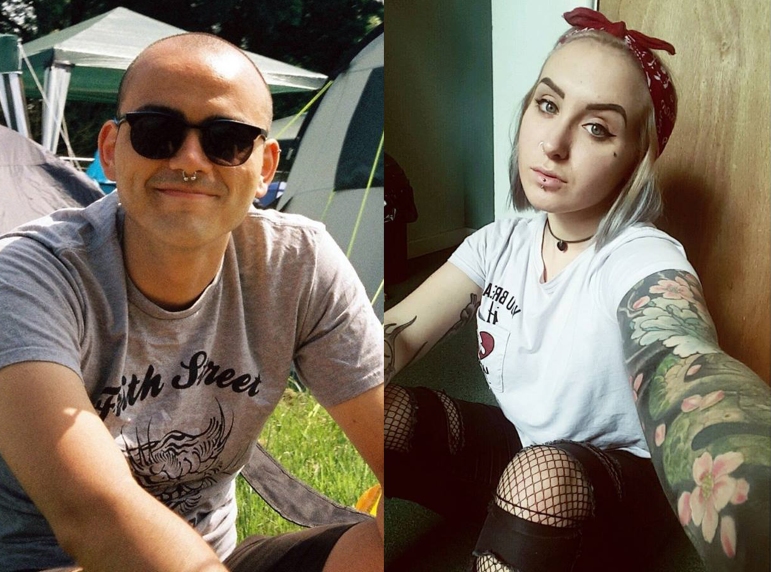